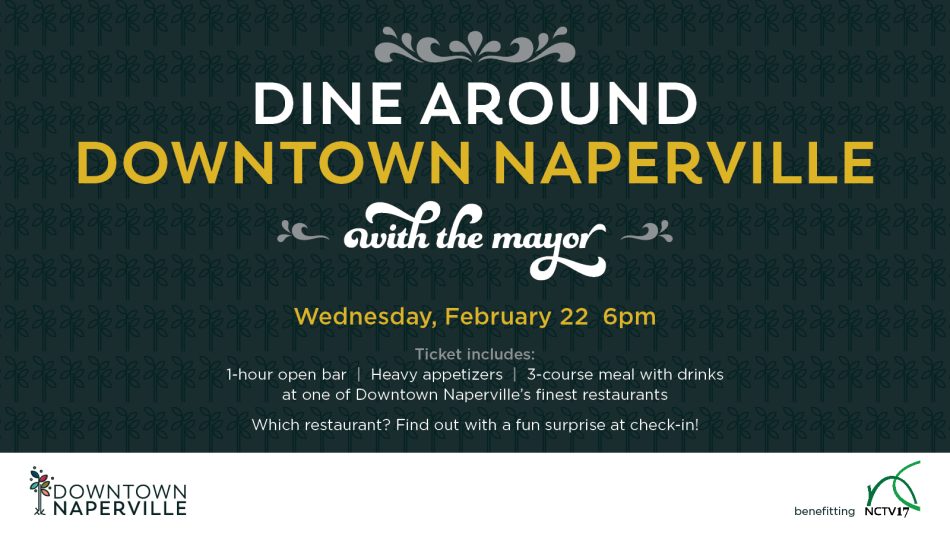 Dine around Downtown Naperville with the Mayor

Catch 35 Naperville is a proud participant of Dine around Downtown Naperville with the Mayor!

Diners will go on a delicious adventure at some of Downtown Naperville’s finest restaurants, all while supporting a great cause!

TICKETS ARE ON SALE NOW for Dine Around Downtown Naperville w/the Mayor, an event where attendees will enjoy an open bar and heavy appetizers at Elements at Water Street for the first hour before heading off to one of ten participating downtown restaurants for a 3-course meal with drinks.

However, a fun twist to this event has ticketholders in suspense on which restaurant they will be heading to until they arrive at check in. A balloon wall will be set up and diners can throw a dart at the wall to pop a balloon to reveal their restaurant for the evening hidden inside the balloon! Each pair will couple with one other pair before throwing their dart and groups will be sent to restaurants 4-people at a time.

TICKETS for this unique charity dining experience are $150 per person (only sold in sets of 2) and do not include tip at check in or at the restaurant. All profits from ticket sales will go to Naperville Community Television, a charity personally selected by Naperville’s Mayor Steve Chirico. 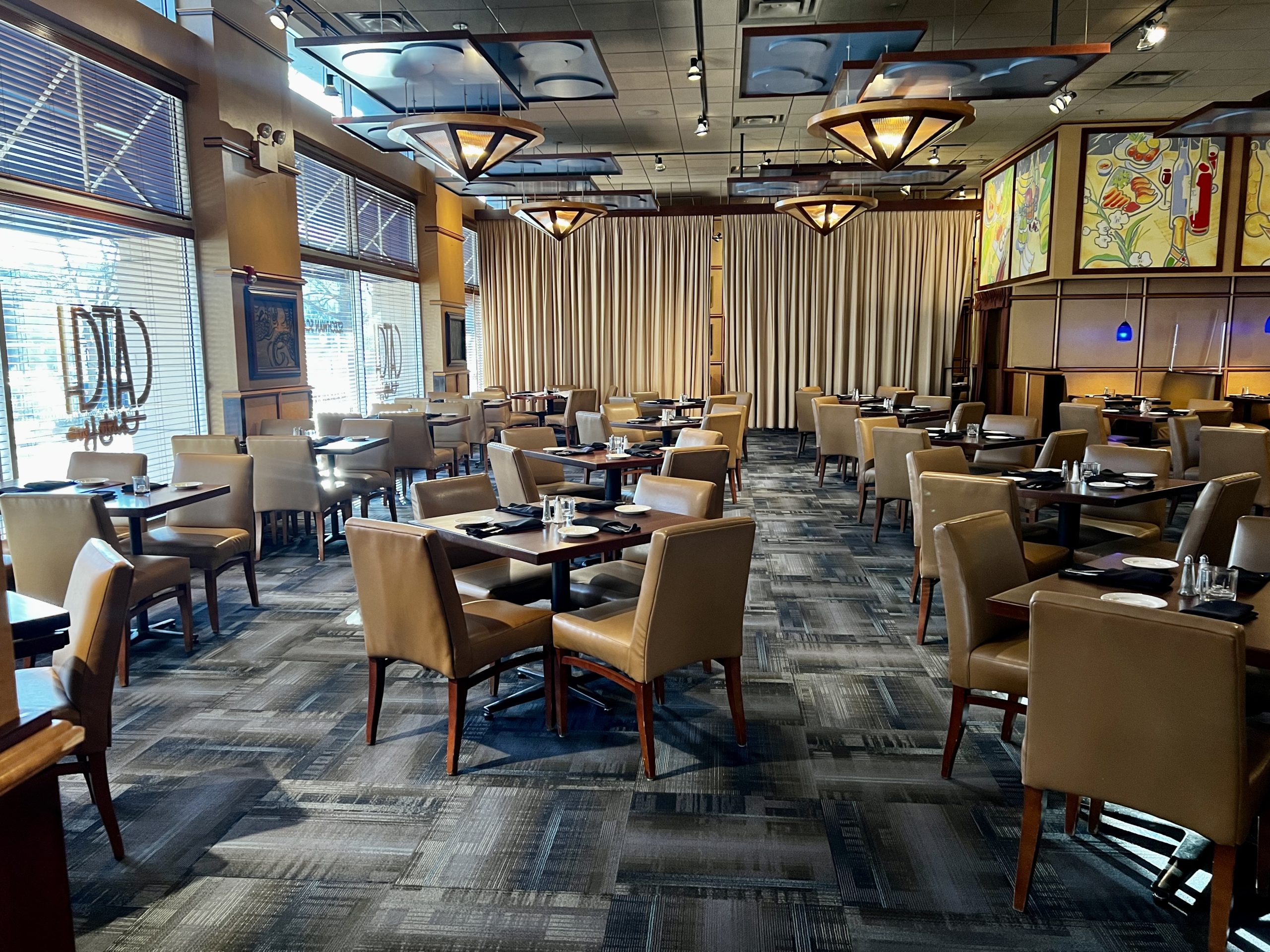