What’s Chicago without steak? People from all of over the world travel to Chicago just to eat at one of the many steakhouses. But what makes Chicago the place to have steak. Well, due to its Location. Location. Location. Chicago was the connection in the 1800’s for transporting cattle from the West to the rest of the country. Stockyards began to pop up along the rail lines that ran through Chicago. The need for a large centralized stockyard developed due to westward expansion, blockage of the Mississippi river during the Civil war, and the explosion of the meatpacking industry.

These stockyards are referred to as the Union Stockyards. With innovations in technology like refrigeration, it was possible to ship processed meat to America’s east coast. Also the use of assembly line in slaughtering the cattle sped up the process and allowed for more Americans to enjoy meat at reasonable prices. After World War II, things changed and the Chicago stockyards were hit because of innovation in technology that cut out the need for the stockyards. However, the big, beautiful slabs of beef stuck with all types of Chicagoans from the day workers to the businessmen to every ethnic neighborhood that filled the streets of Chicago.

So whether you have treated yourself to an old-school steakhouse or are looking for a new take on steak; it’s always important to note the top 5 cuts of steak that you can devour!

1. Tenderloin steak
Filet mignon is the most tender of all the cuts of beef. These steaks have a “butter-like” texture and can be pan seared, grilled, or broiled.

2. Porterhouse steak
This steak is finely textured and flavorful. This cut is a combination of both a finely textured tenderloin filet and a flavorful top loin strip. All you need is some salt, pepper, olive oil and a grill for this cut.

3. New York Strip steak
The best of both worlds loaded with flavor and it also has the tenderness to boot. Grilling or searing will work, it can be marinated as well.

4. Ribeye steak
This is a beauty with its attractive marbling of fat and meat. This cut has a remarkable juicy, rich flavor. Pan seared to perfection and you won’t want any other cut of meat. Our Chef, Eddie Sweeney’s, favorite cut. Don’t miss this one.

5. Skirt steak
A slightly tougher but rich in flavor this steak can be used in a variety of dishes. Marinated with herbs, olive oil, and fresh garlic this is a great cut that can be grilled, pan-seared, or broiled.

At Catch 35, our steaks are aged for peak flavor and grilled over real charcoal with a simple dressing of kosher salt, fresh cracked black pepper and olive oil. Enjoy the pure flavors of Chicago’s famous steaks tonight at Catch 35, located in Chicago’s theater district and downtown Naperville. See you soon! 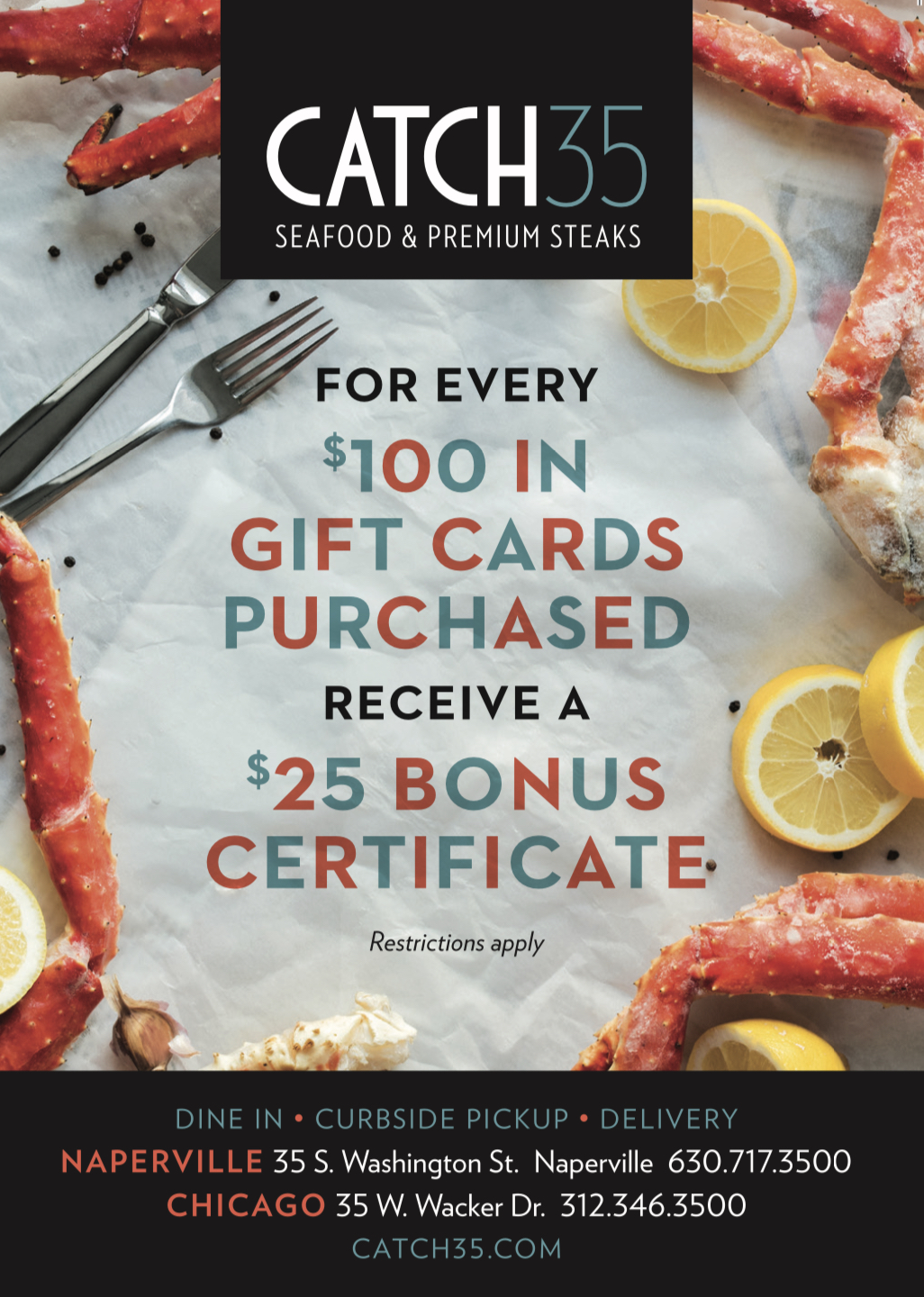